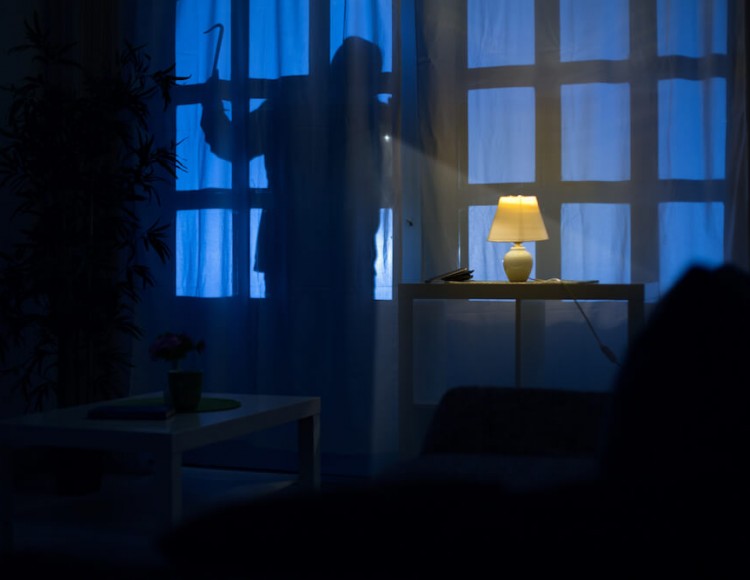 Eight or nine concussions sustained while playing minor hockey, combined with drinking were behind the behaviour of a then 21-year-old Foothills man charged in a scary home invasion last year, said his lawyer.

[The accused], 22 of the Millarville area, pleaded guilty to being unlawfully in a dwelling house on March 2 in Calgary court. He was sentenced to two years probation on a conditional discharge that will see his criminal record erased if he successfully completes the conditions of his probation.

The sentence was the result of a plea deal struck between the Crown and defence, due in part to Russell’s history with concussions that resulted in brain damage.

Lawyers involved in the case say his mental state was affected by an earlier vehicle crash and drinking.

Court heard a Black Diamond woman awoke to noises in her home around 3 a.m. on May 20 and found [the accused] standing in her living room wearing a bandanna over his face and holding what she believed to be a fake gun.

He had woken up his friend, the woman’s babysitter, who was sleeping on her couch and was saying that his brother had been kidnapped and he was fearful someone was going to kill both their families.

The woman said [the accused]'s eyes were bugged and glassy and he seemed out of it. She called the police and [the accused] seemed to calm down and left in his vehicle. He later went to another house and called his friend and continued to be concerned that people were out to kill them.

People who saw [the accused] that night said he was acting paranoid and not making sense, similar to how he acted when he was suffering from concussion.

Police later found [the accused] at his home and arrested him. A pistol was found in his vehicle. He spent nine days in jail before he was released on house arrest.

Crown prosecutor Dane Rolfe said he recognized [the accused]'s actions were abnormal and that he deserves a second chance to get over his alcohol and drug issues.

“This was certainly something that was out of character for the accused,” Rolfe said.

However, Rolfe acknowledged his actions were concerning.

[The accused] apologized and said he has and will continue trying to become a better person.

“I’d do anything to take back what happened,” [the accused] said. “I’d never want to make people feel scared. I’m incredibly ashamed.”

Eight people wrote character letters to the court. One woman wrote that [the accused] is “the sweetest most generous person I’ve ever known.” Others attested he hated seeing people hurt and would never intentionally hurt anyone.

[The accused] has no prior criminal record.

[The accused]’s lawyer, Ian McKay said [the accused] has gone for addictions counseling and is attending Alcoholics Anonymous meetings.

He also had an MRI that revealed he has permanent brain damage from multiple concussions.

“He played Midget AAA (hockey) into the junior ranks,” McKay said. “In his teenage years he sustained six-to-eight concussions from the time he was 14 to 19 years-old.”

McKay said [the accused] has suffered long-term affects from the concussions.

“At 19 he was having convulsions,” McKay said. “His speech was slowed… Now he is 22-years-old. He has recurrent headaches…he started getting depression at 17. That is what happens with people with brain injuries.”

Forensic psychiatrist Cynthia Baxter wrote in a report to the courts that [the accused] has a vulnerable brain that is triggered by drinking.

McKay pointed out that the effects of sports concussions are currently under a lot of scrutiny.
“Concussion protocols, concussion issues are a big issue right now,” he said. “You hear about the lawsuits in the NFL and the NHL.”

Judge Marlene Graham said she has probably never heard such glowing reports about an accused person.

“I believe he has a bright future ahead of him,” Graham said.

Over the next two years [the accused] will have to continue drug and alcohol addiction counselling and treatment, will be under a curfew from 10 p.m. to 6 a.m., must continue attending AA meetings, cannot consume alcohol or illegal drugs and cannot be in bars or liquor stores or any establishment where the main sale is of alcohol.