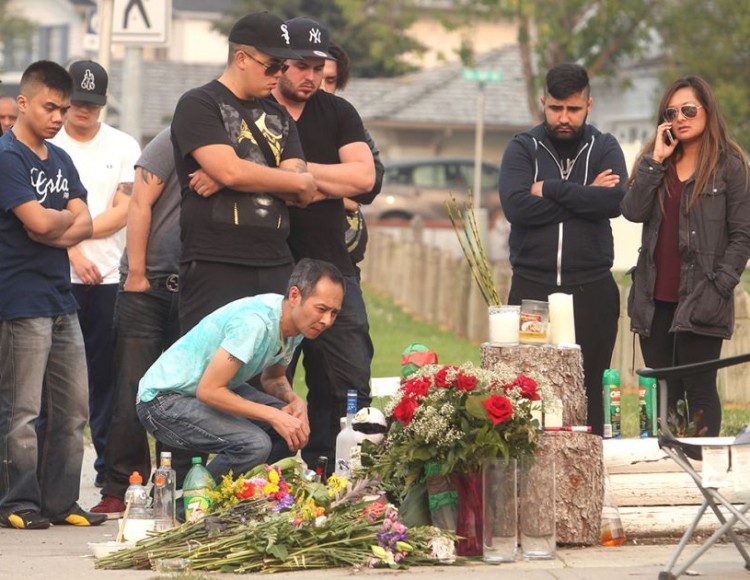 Helping his friend conceal a car wanted by police in connection with a gangland-style murder has landed a city man a conviction for attempting to obstruct justice.

[The Accused] pleaded guilty Friday for his role in trying to keep police from finding a vehicle sought in connection to the murder of David Quach.

Quach was slain on Aug. 22, 2015, when a gunman approached him as he sat in his vehicle parked on California Blvd. N.E. and shot him seven times.

Reading from a statement of agreed facts, Crown prosecutor Adam May said a Honda Accord registered to Mohamed Al-Hamrany was used to transport convicted murderer Said Abdulbaki to and from the scene.

“CPS located a residential security camera that recorded the Honda Accord shortly before the murder,” May told Court of Queen’s Bench Justice Keith Yamauchi.

“The recording showed that the Accord had a distinct appearance with the overall colour of the car being silver, but the driver’s door painted  black.”

After police issued a photo of the car to the media and conducted a Crime Stoppers reenactment wire taps picked up conversations between [The Accused] and Al-Hamrany, May said.

Those intercepts indicated [The Accused] told Al-Hamrany how to disguise the car to avoid police discovery and offered to assist in painting the car, the prosecutor said.

“A CPS helicopter observed and video-recorded a tow truck unloading Mr. Al-Hamrany’s Honda Accord onto a property at 7 Sage Hill Gardens N.W. on Nov. 21, 2015,” May said.

“The car was painted all black.”

A date for sentencing submissions by May and defence lawyer Ian McKay will be set Oct. 31.

[The Accused] remains in custody.

Last month Abdulbaki was sentenced to life without parole for a minimum 10 years after pleading guilty to his role in Quach’s killing.

Abdulbaki admitted going there with the gunman to rob Quach, not knowing that he would be shot.